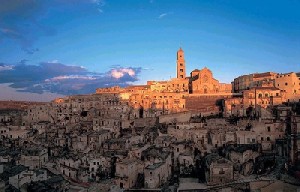 Matera is a unique and fascinating town steeped in history. Thought to be one of the world’s oldest towns dating back as far as the Paleolithic times, Matera is now a popular tourist destination.

The most famous part of Matera is the Sassi district, designated UNESCO World Heritage Site and the European Capital of Culture for 2019. The simple natural grottoes that dotted the gorge were adapted to become homes. In time, an ingenious system of canals regulated the flow of water and sewage, and small hanging gardens lent splashes of color. As the town expanded, new streets were often constructed on the rooftops of other houses and it is this ‘layering’ of the Sassi houses that has created the extraordinary images for which Matera has become famous. The cave dwellings were lived in until the 1950’s and are the most extensive example of their kind in the Mediterranean. Here you can see hundreds of troglodyte dwellings and churches dug out of the rock. 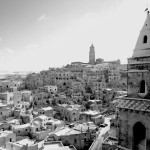 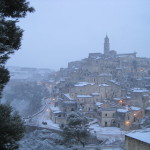 Matera has a large selection of churches and monasteries representing virtually the entire history of the Christian church. Some of these are just simple caves with a single altar and fresco and some are more complex cave networks with large underground chambers, thought to have been used for meditation by monastic orders over the years.

Over the past 10 years the Sassi has undergone extensive re-development and now hosts some incredible and luxurious cave hotels, private homes and restaurants, lovingly restored to enhance their original features. Explore this complex network of caves, churches, streets, stairways, archways and terraces on foot to experience the best of this atmospheric city. 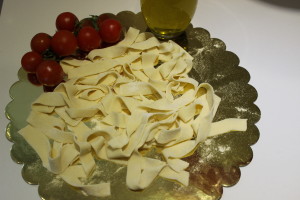 The delicious local and regional cuisine has been influenced by Basilicata’s colorful history and cultural roots, with healthy and genuine ingredients which make up tasty and wholesome dishes that recall the ancient farming traditions and reflect the principles of the world-known Mediterranean Diet. The key words in the cuisine of Matera are: simplicity, strong flavors, tradition and rustic ingredients. 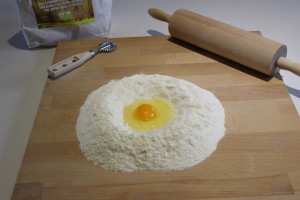 The rich agricultural traditions and the flocks of sheep, which are common in the area, provide great ingredients that are used in the tasty local cuisine. Olives are grown in the countryside near Matera and are used to make an excellent extra-virgin olive oil that is the pride of local producers. The local wheat is used to make large, long-lasting loaves of bread. The Bread of Matera is considered by many to be the best in Italy and it is now awarded the IGP certification by the European Community. Wheat is also important for the traditional production of homemade pasta. The locally produced milk is used to make excellent fresh cheeses – such as mozzarella, burrata and ricotta – and seasoned cheeses – like pecorino, caciocavallo and cacioricotta. Flavorful vegetables and legumes – fava beans, chickpeas, Sarconi beans – are also cultivated in the region and are very common ingredients for the delicious local dishes. 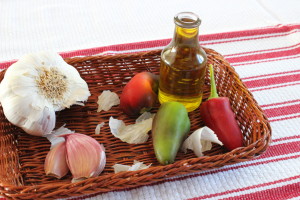 Garlic, olive oil and peperoncino form the base of most sauces, to which vegetables or meats may be added.

Cutturrid is the most traditional and representative meat dish: lamb meat and vegetables cooked in a typical terracotta pignatta for several hours.

There are also local wine specialties to match with such great meals: the prized IGP Aglianico (a full-bodied, red wine) and the DOC Matera wines (three red varieties and three white ones).

B&BLO SCORCIO is a brand new luxury apartment in the heart of the Sassi and of the historic center. It is a stylish typical dwelling that has undergone a fine renovation and that retains all the charm of the past. It offers breathtaking views of the Sassi and the Murgia park and it’s the best way to fully enjoy your stay in Matera.